There's just something undeniably cool about Chaos, it's unapologetic.
Knights are also awesome, and so when Games Workshop released their Chaos knight kit I had to have one. 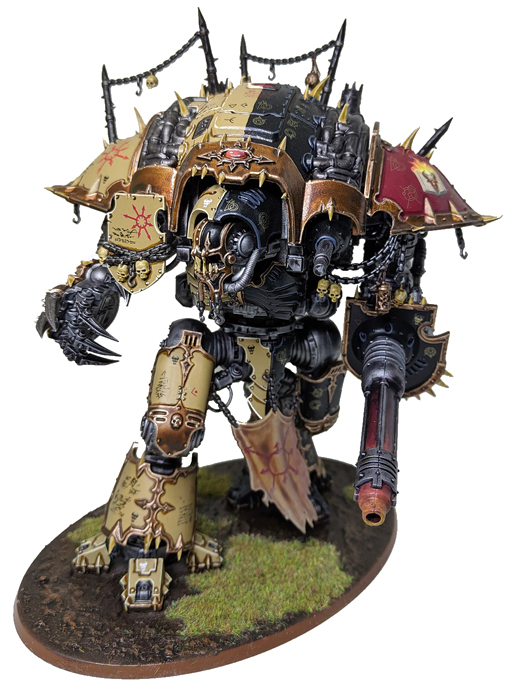 This is The Old Faith, a Knight Desecrator loyal to the Word Bearers legion and the leader of my knights, as any good word bearer should be, he is decked out with runes both Chaotic and Colchisian and inscriptions from the book of Lorgar 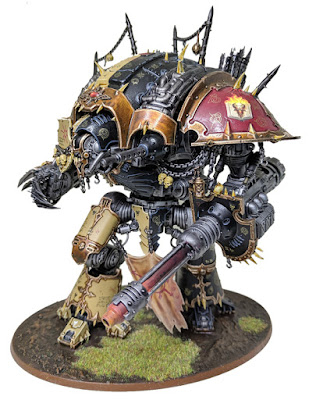 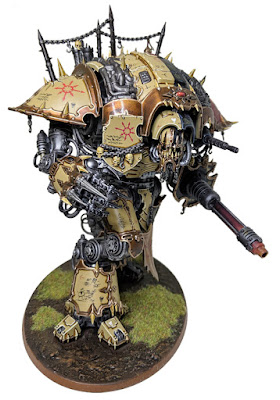 This kit was fun and one day I hope to add a Rampager to this force for maximum stabbing. He is half black and half the colour of old parchment, with a red shoulder to denote his allegiance to the Word Bearers. 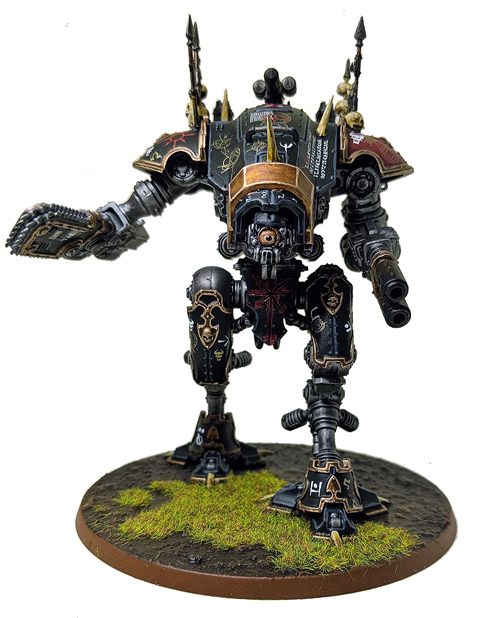 This is the first of two War Dogs who serve as slaves to The Old Faith, his name is Oculum but I call him Eyeball. He is clad in black like the left half of his boss's heraldry, with the same red shoulder pad. 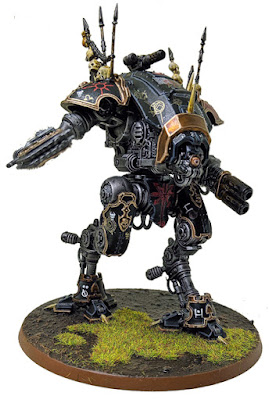 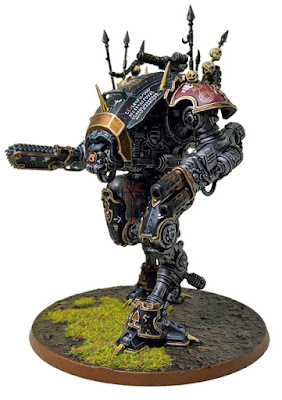 Eyeball has half the contents of my chaos tin attached to him, spikes, chains, I even replaced his eye lens with the eye from a chaos spawn, hence his name. 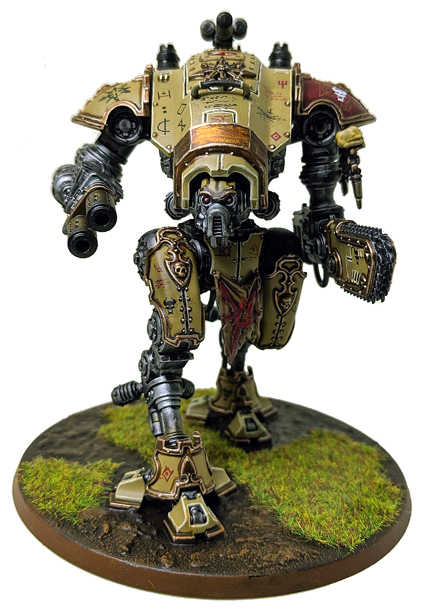 This is Vindicta, the other of The Old Faith's War Dogs, I call him Angry, because his face is just so angry. He represents the other half of his boss's livery, again with the red shoulder pad. 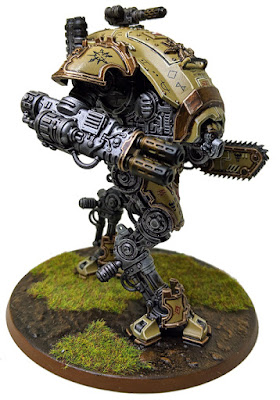 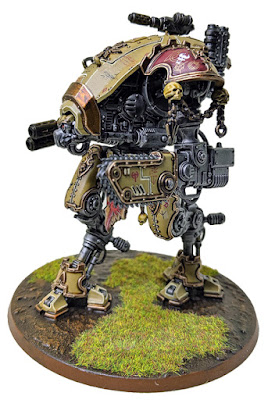 I am especially fond of Angry's banner, which I cut out from the middle of a larger piece.
The transfers on all three knights are a combination of the sheet that came in the Chaos Knight kit, and a Word Bearers transfer sheet from forgeworld.