Rasputina, chosen of December, and her cult of crazy cannibals. What's not to like? I've wanted to paint these for ages, and have had Rasputina's alt model in the back of my cabinet, but I just recently found the budget to acquire the rest of her things, I've based them on the same bases as the rest of my Malifaux miniatures, but I've added some snow flock to make them look a bit more wintery. 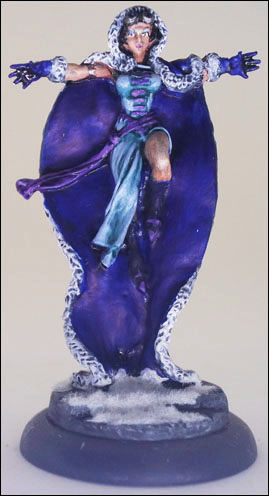 This is by far my favourite sculpt of Raspy, I didn't even build the plastic that came in her box, because floating ice witch. 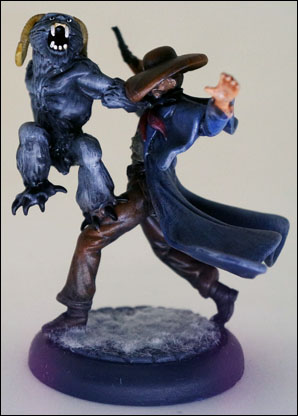 Rasputina's totem required me to paint an entire model as its base, the crazy little dude that he is. He's kinda awesome though so I'll let him off. 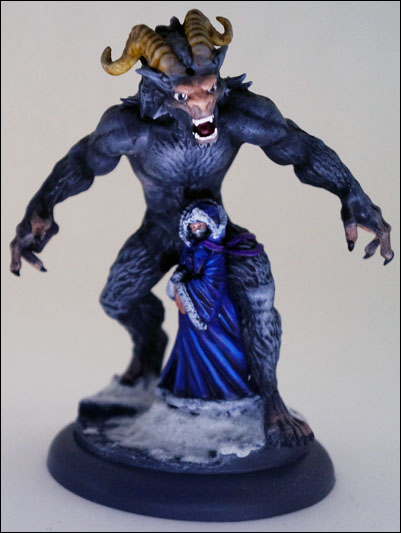 I think I did a good job on Storm's face, he's the big one. There is a lot of green stuff in this model, but it worked in the end. 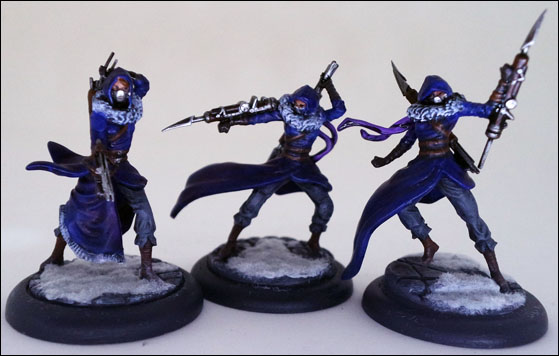 These chicks were kind of fiddly, both to build and paint, but they look quite neat. 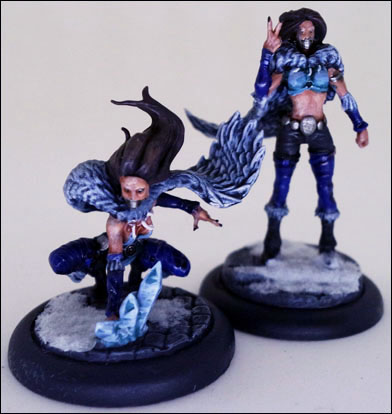 I really like the crouching one, the standing one is making a rather rude gesture. I think they both came our quite well though. 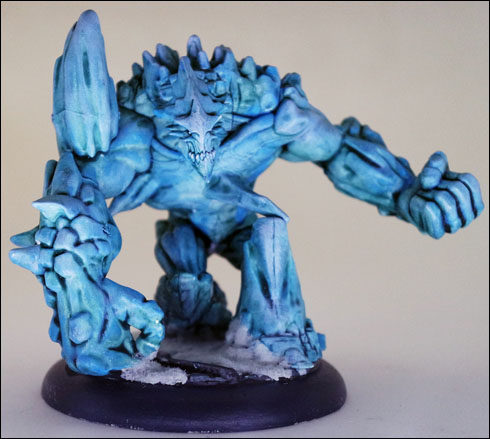 This guy is huge, he barely fits on his base. So much cooler than the old metal ice golem who was kind of weedy looking, this one looks like he could punch someone's face off. 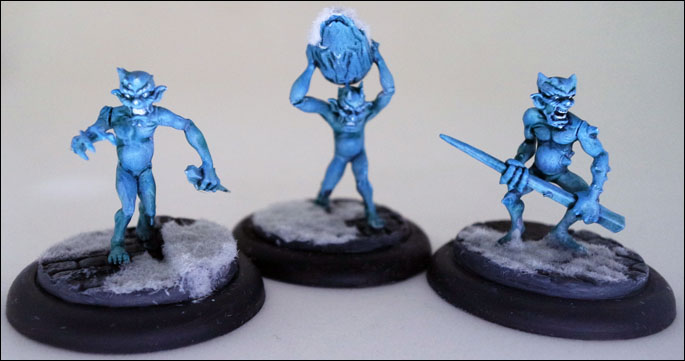 These are the opposite of the golem, in that they are tiny. I kept thinking I was going to break them with my paint brush. 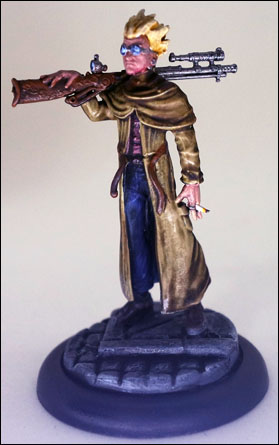 Because every post needs an unthemed miniature at the end or something. I have also finished painting Hans. I like his tiny cigarette, and also that he kind of looks like Vash the Stampede if he had chosen a more sensible coat.