My metal Kaeris miniature is one of my favourites, she is the reason I agreed to play Malifaux at all some years ago. I haven't bought her new plastic box and so I haven't titled this post with its name, but I do have all the things that would be in it, if not the exact models. 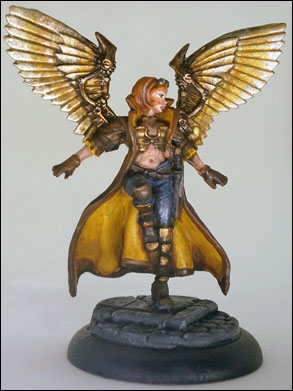 My pictures have come out dark today, I think it's due to it being night, and so there is no extra sunlight coming in. I really like how her wings turned out, I stuck to the gold of the old artwork rather than the new paler wings she has gained, as they match her story better and also I like gold. 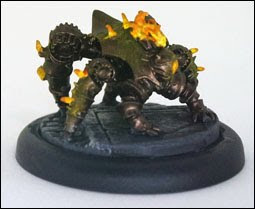 I thought I was going to have to but the box to get this one even though the Malifaux Child is probably better with Kaeris, but then the Malifaux Raptors were released with a special edition stickered box containing a random mini from Burning Revelation, so I bought them (Raptors are cool) and was lucky enough to get the totem. In dayglow orange, but I painted over that. 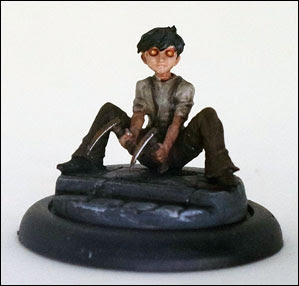 A mercenary totem, but I bought him for Kaeris really. Small children probably shouldn't play with rusty hand scythes. 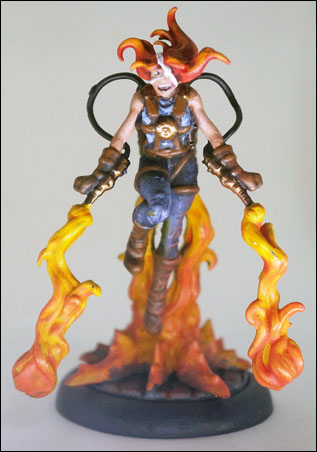 I love this miniature, it's so much cooler than the standard one. Also I think I did a good job on the paint. 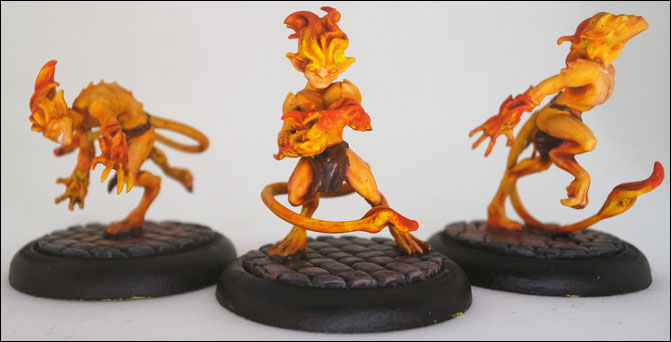 Not too much to say about these, they're Gamin, they're made of fire. 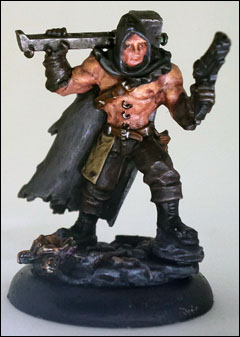 He's in here because he's M&SU and Kaeris is my last M&SU master. I like this old metal much better than the new plastic one, who is some kind of giant man. Johanna is cool, but also hard to get.
Posted by Helen at 13:29:00