No real theme to the miniatures in this post, just some bits I have finished recently.
I got Sandeep's box from Gencon, so that's probably coming next, but I've finished my Miss Fire bonus model, and I didn't want to wait to post her, so I've gathered together my finished models that haven't yet been posted. 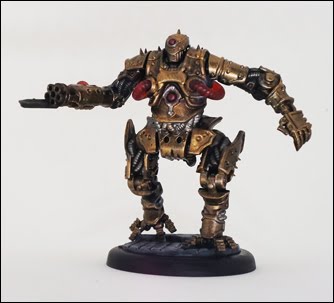 I wanted a Lazarus with blue pipes, but I'm not sure that's even a thing any more, so red pipes it is. I like him though, he was interesting to build. I totally understand why Wyrd didn't make any other models the way they did Lazarus, though. He's more complicated to build than really pays off. 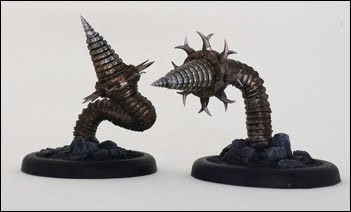 Not thrilling minis, easy to build and paint though so they have that going for them 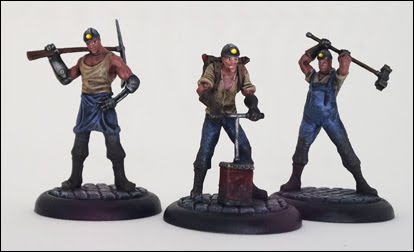 These guys are kinda cool, I like the one with the dynamite. They look nice standing next to my rail workers, they're beefier looking but not in a way that looks badly scaled, they're just more muscley dudes. I suppose swinging giant hammers and axes around will do that. 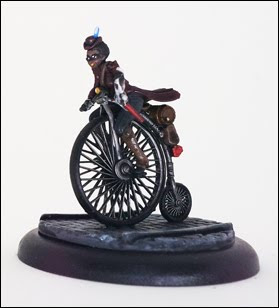 She's a very cool miniature who was a real pain to build, much more fiddly than I thought she would be. I like how she's turned out though.
Posted by Helen at 10:24:00