Yet another post about what I have been painting. I still have many more malifaux miniatures to paint before I have caught up to myself, so this is not the last. Ironside and her friends were my next project, what with her being an M&SU master like Ramos, so here she is: 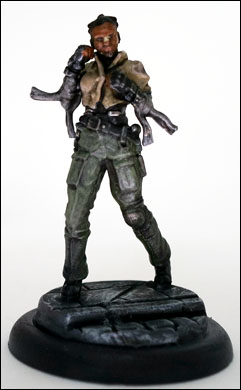 The leader of our band of troublemakershooters. Toni is quite understated as a model, which I like but made her difficult to paint in a really stand out sort of way. With all of the gold trim, I'd let you off thinking he was in charge. I suppose he must be in charge of something to be a captain. 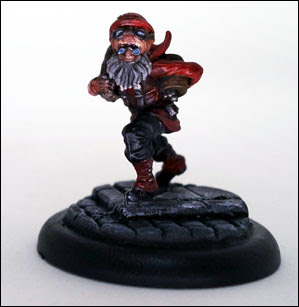 My Husband says he looks like a tiny Santa. 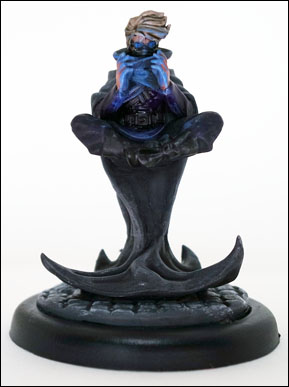 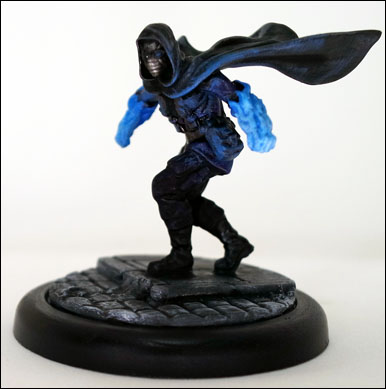 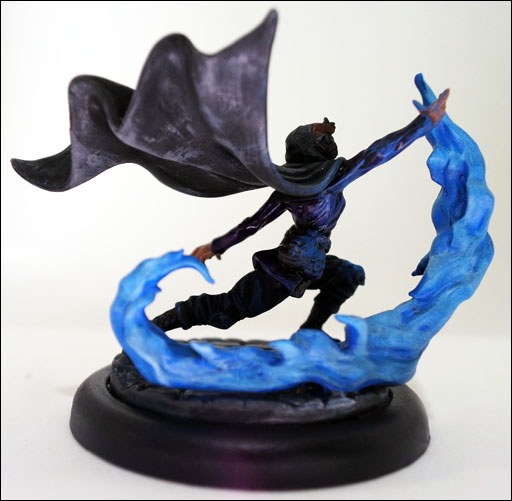 These guys were fun to paint, I love wooshy cloaks. I think their blue fire looks neat too. They were the miniatures from the Ironside box I was most excited to build and paint, and they did not disappoint me. 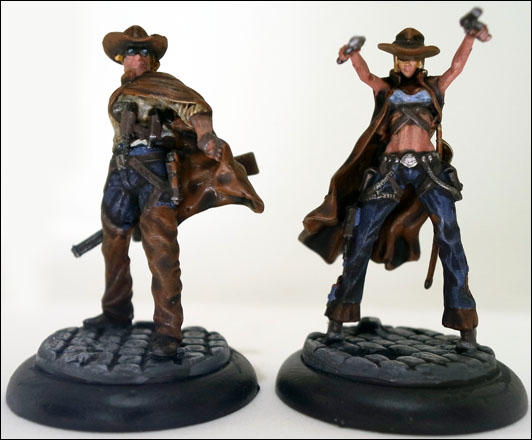 Cowboys. But cowboys with goggles on so that you can tell they are from Malifaux. Actually I don't think the girl has any goggles on, but her hat would hide them pretty well even if she did. These are not especially themed with Toni, but as with many of these things, I painted them at the same time so am posting them now. 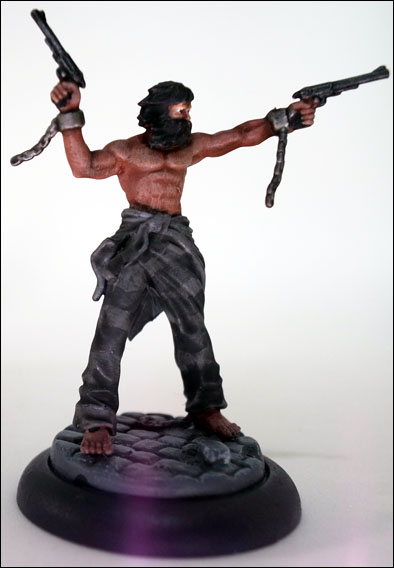 A second miniature that isn't Toni's and just happens to be ready to be posted now, this one is even an outcast mercenary! I think he looks like Hugh Jackman. My husband and I split a box of these guys, and I got the one I like best because he is nice to me.