More miniatures! One day I will make a post about something else, but today is not that day.
Ramos and his friends were the first minis I bought for Malifaux back in the day, but on re-entering the game for M2E I had to re-buy his box anyway, because I wanted Joss and even more metal spiders.
Anyway, on to the models: 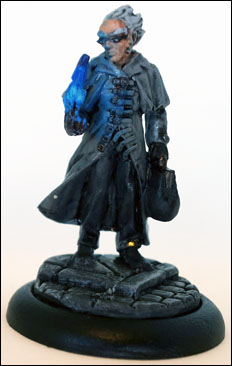 Viktor Ramos himself, head of the M&SU in Malifaux. I like the old metal model better than the new plastic, so here he is. I also monogrammed his bag, but you can't see from this angle. I don't know why he has yellow on his leg in the photo, he doesn't in actuality so it must have been the light. 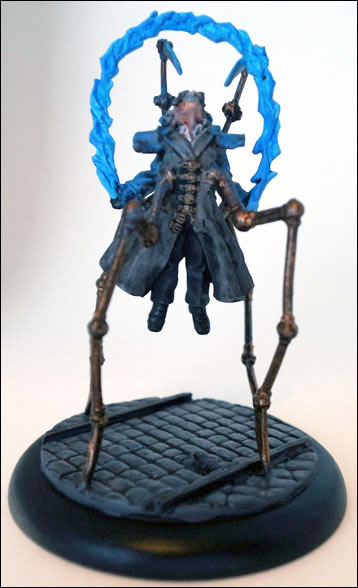 For use as the arcane emissary, at least until that model comes out. I should have taken the picture at an angle you could see his face at. But I didn't. 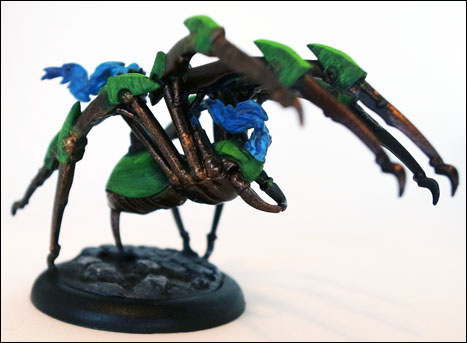 I don't know what Wyrd were thinking when they decided that this was an appropriate size for a miniature on a 30mm base. It was very challenging getting him to stay put even with creative posing. 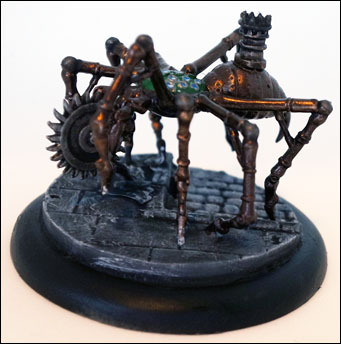 Another from the last edition of metals, not a super inspiring miniature, and a pain to build as well from what I remember. I hope the new plastics are better. 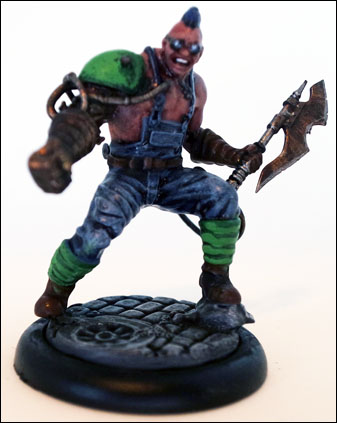 Way to focus on the axe instead of his face, me. I quite like this guy, he has a very sort of 80s vibe, at least he does the way I painted him. I'm quite prod of his mouth, all the paint stayed where I wanted it to for once. 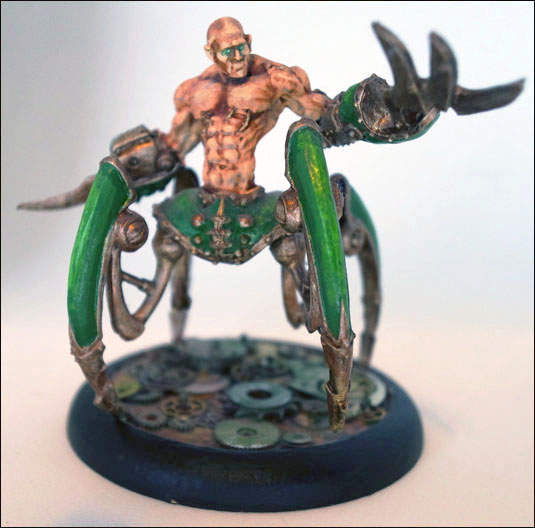 This one I painted before I stopped playing the first time, which is why he is based differently to everyone else. Gluing down all the watch parts was annoying though, and it didn't look as cool as I wanted it to. I have made my scrap markers in a similar way though, eventually I will post a picture of them. I like this model of Howard better than both of the newer plastics, which is good, because I hate replacing painted miniatures. 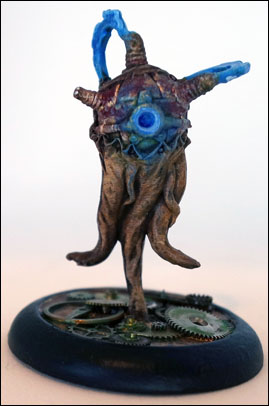 The other model I painted a few years back. He is sort of riffing off voltorb with his red top half, because he blows himself up. 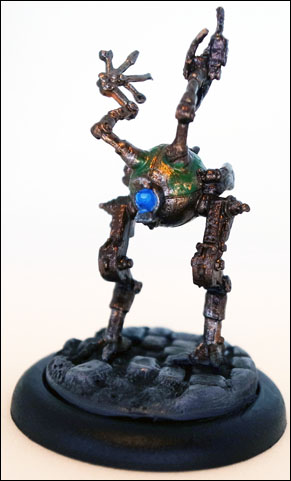 This one was kinda boring to paint. I like the effect I got with the green paint wearing off on the top there though.

Ramos summons a lot of spiders, and there was no real way to paint them all differently without it looking odd. Initially I thought of painting all their little eyes a different colour, but that probably wouldn't have been obvious enough, so I gave them coloured base rims instead.

Same idea as their single friends. I'm glad I still have the old metal spider models, fitting three of the newer ones onto a single base would have been harder, as they are bigger. 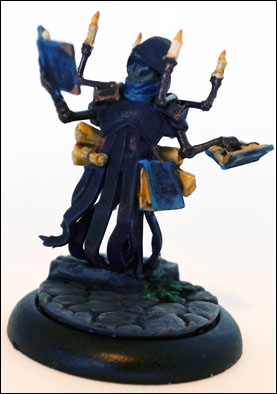 I seem to be putting a model that isn't really themed for the crew at the bottom of all of these posts, so here is the effigy. I have put tiny pretend writing in his books, which looks cool, but I didn't take the photo from an angle where you can see it so you'll just have to trust me.
Posted by Helen at 11:47:00