Lately I have been playing some Malifaux, because we went up north last holidays and that's what all of our friends play now, which has let to me painting the figures I've had in my cabinet for longer than I care to admit. It's a fairly interesting game, I think I like second edition better than first, but I don't really remember how first edition worked so I could just be suffering from confirmation bias. The card mechanic is sometimes a little too random for me, but the hand of cards does help and make you think through what you can get done in a turn. Bad hands are very damaging though.

I started with Colette and her showgirls, they aren't my oldest miniatures, I bought the M&SU with Ramos as my first master back in the day, but Colette is my favourite, so she got painted first. 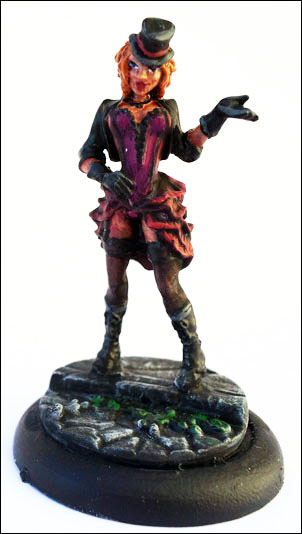 I'm quite pleased with how Colette turned out, and I still think her metal is much nicer than the new plastic which lacks personality. I have the alternate sculpts from her avatar as well, so at some point I'll paint those. 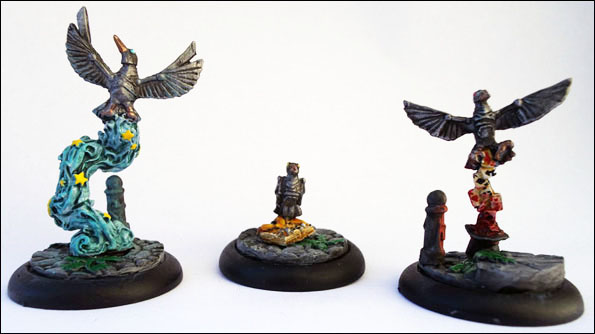 These are cute. I should have put them closer together to photograph them to get the focus better. I like the tiny cards in the hat. 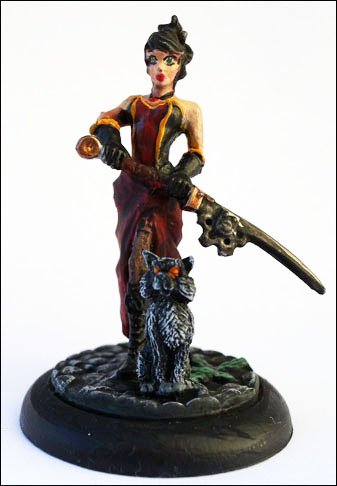 Her face gave me quite a lot of trouble, I really like the cat though. Things that are just base decoration have the habit of looking cooler than the effort I put in warrants. 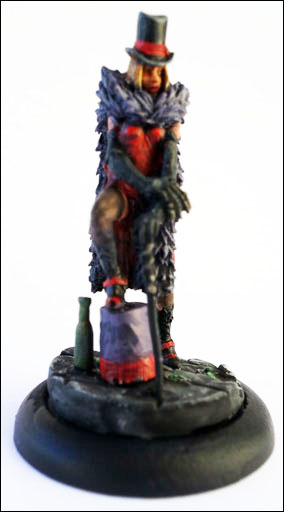 She looks quite cool, but I took a terrible photo of her so you can't really tell. 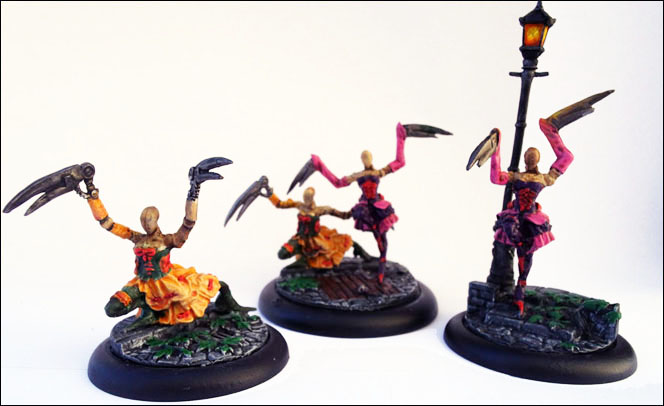 I don't think I'd do very well at magnetising, so I painted two of each coryphee so that the duet would match. 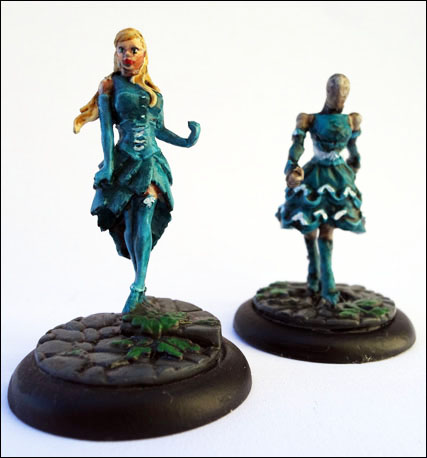 I like this sculpt better than the other one, I also think I did a better job painting her. 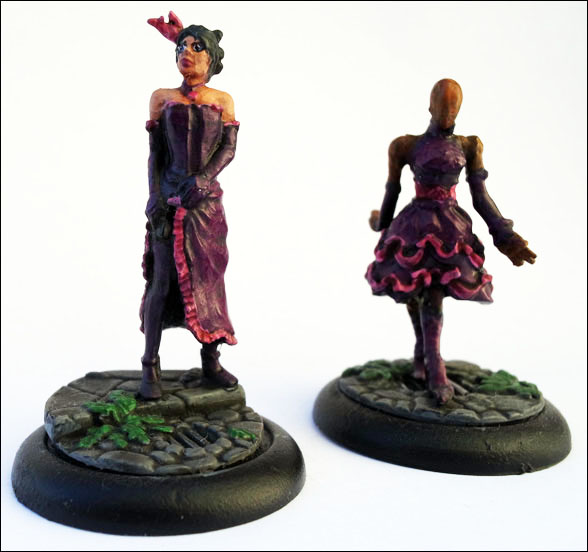 Her eyes do not look that terrifying on the table, I promise. 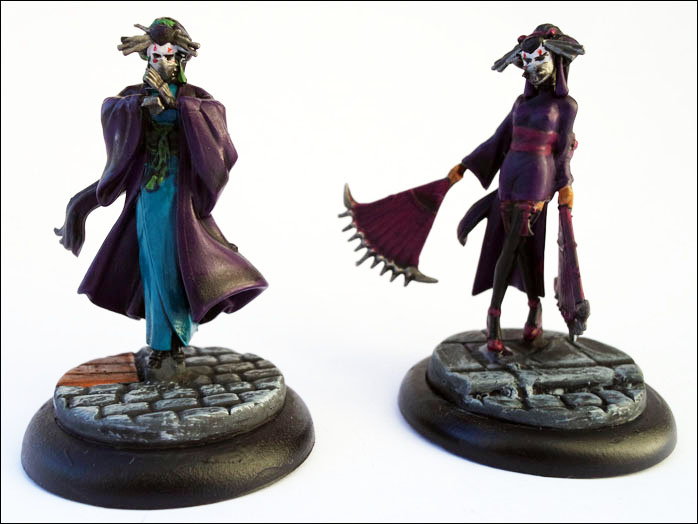 My only plastic showgirls, technically these are ten thunders, but they are mercenaries and showgirls so I have some for Colette. They are very pretty miniatures who make me wish I was better at painting really tiny geisha make up. 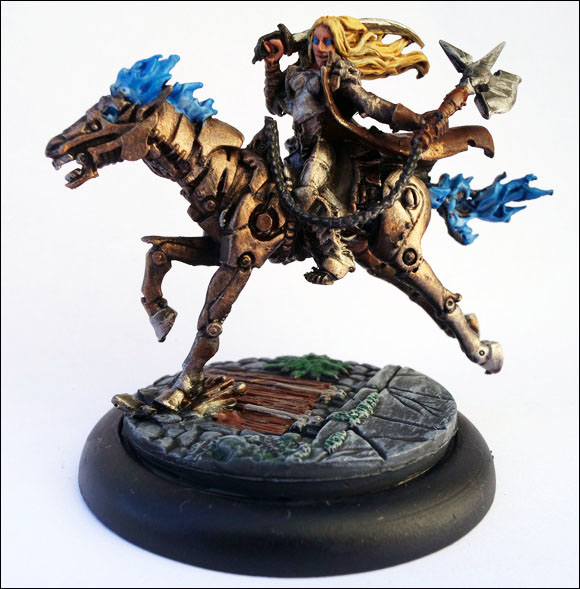 She isn't a showgirl at all, but she works well in the crew and I've painted her, so here she is. I lost her original arm, so she has a random arm I found in our warhammer fantasy bits drawer. I think it works quite well.
Posted by Helen at 02:22:00