The painting crusade continues with Mei Feng and her rail crew. I've only played these guys once, but it was fun. 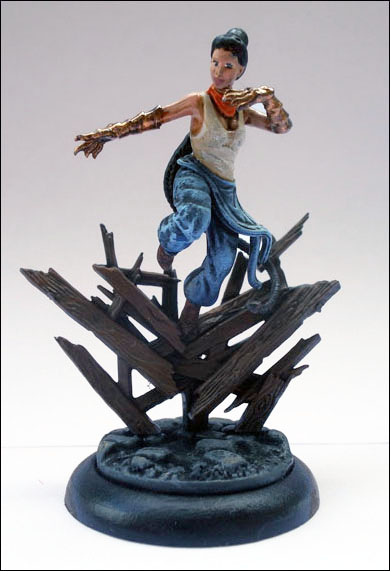 Mei looks like she needs a bigger base when you build her, but actually she fits quite nicely onto 30mm jumping from her broken wood. 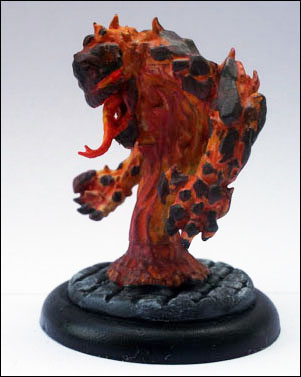 Mei's totem. I tried to make it look a bit like lava flow, I don't know how well I succeeded but I think it's pretty cool. 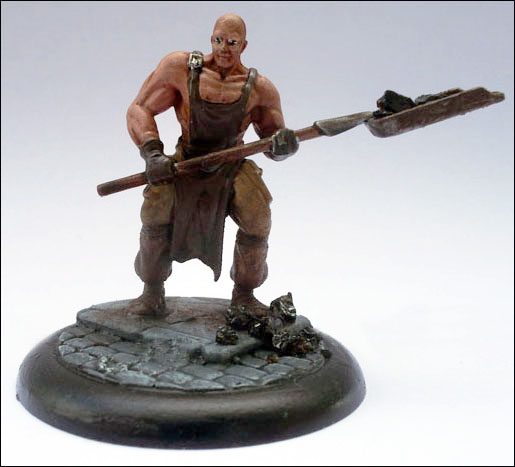 He has some model railway coal stuck to him. I think it looks neat in his shovel. Malifaux miners aren't really mining for coal, but call it artistic license. 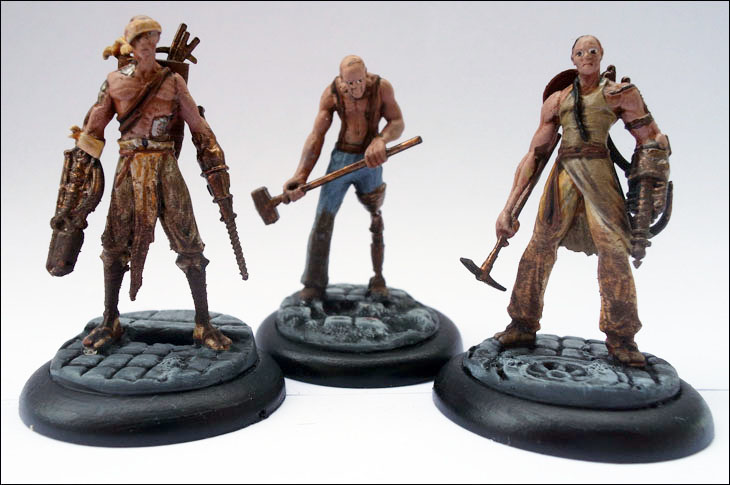 Obviously rail working in Malifaux is a bit dangerous, none of these guys still have all their limbs. They got replaced with some cool machinery though. You almost feel bad for the guy who still has two hands and so has to hold his hammer like a luddite. 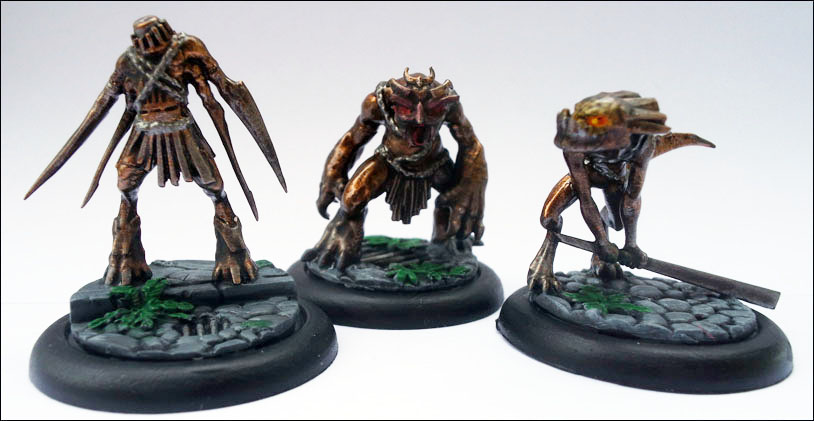 I like the lizard one. His head is a bit fuzzy, it was a bit fuzzy in all the photos I took of them. I evidently need more practice with the camera. 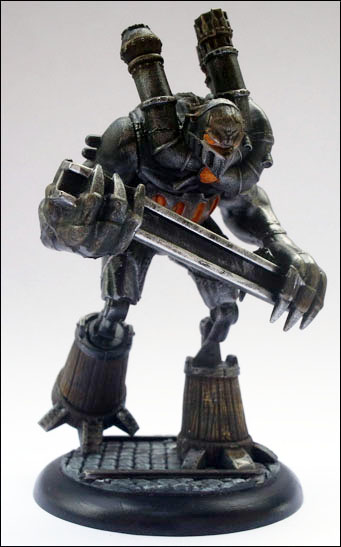 This guy is big, and yet he still manages to be a very simple model to paint. Mostly being just some metal. 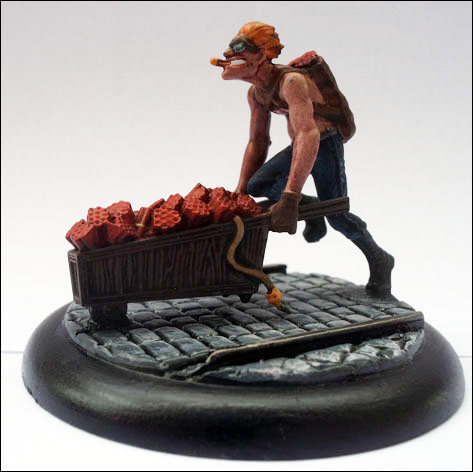 Yes, that's his name. Much to my husband's delight as he teases me about my interactions with Willie.
He's a mad demolition man with a cart full of dynamite, more dynamite in his bag, and a cigar. What could go wrong? 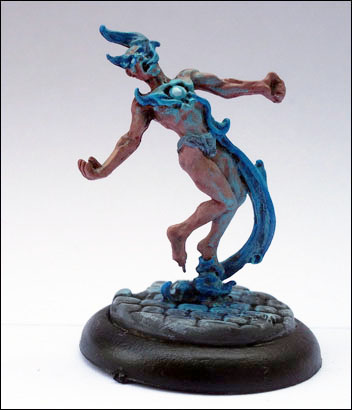 Not really a thing Mei Feng wants to use all the time. But I've painted it now and it doesn't really go with anyone specifically. So I'll drop it in here.
Posted by Helen at 07:48:00